5 Keys To Turn From A Wantrepreneur Into A Entrepreneur

Wanting to start a first business is like wanting children. Everybody loves the idea of it, but it may put some restrictions on your life and will mostly likely put a lot of pressure on you. Many people talk about how much they really want to start business, they always talk about how creative they are, how many ideas they have in their mind, why their idea couldn’t fail. However, their ideas rarely reach the execution stage. You ‘want’ to be an entrepreneur, but you for various reasons you keep stuck being a wantrepreneur. With that in mind, I’m going to share with you what the 7 key differences are between a wantrepreneur and an entrepreneur so you can adjust your behavior accordingly.

One of the biggest reasons wantrepreneurs aren’t able to turn into an entrepreneur is because of the so called excuse: time. They come up with an idea that may have great potential, but they never act upon that idea simply because they wait to jump in the market at the right time. What they don’t seem to understand is that the timing will never be right, meaning that there will always be something that you’d like to see different. For example, you’ll always have to deal with massive competition or maybe the market might be in a downward spiral. The point is that in 99.9% of the cases there will be always something off. A great entrepreneur distinguishes himself from the wantrepreneur to launch their service/product, despite the circumstances. Just make a start, no matter how small. 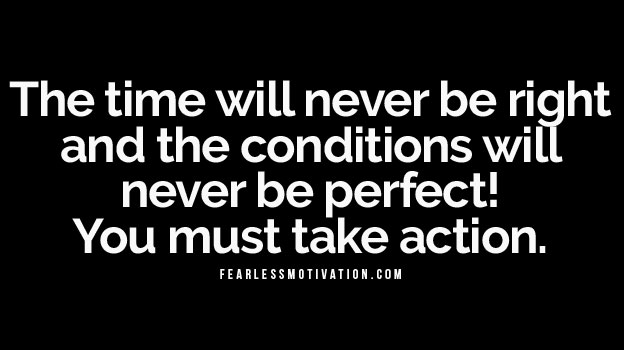 Complaining is one of the biggest setbacks you create for yourself. Often it starts with complaining and then it leads into overthinking, soon you get to the point that you’ll create problems that don’t actually exist. And as you might already know, whatever you put in your mind that determines the outcome. The key difference between an entrepreneur and a wantrepreneur doesn’t lie in the complaining part, because an entrepreneur is a human too and complaining is part of the human DNA. Instead it lays in the part about doing something about the complaints. An entrepreneur will be adaptable enough to figure out a solution for the problem he or she faces. A wantrepreneur just complains and does nothing about the situation, hoping that it will resolve itself. So, instead of wasting all your energy complaining about all the things that are wrong, invest that energy in coming up with solutions.

No Such Thing As Problems – Motivational Speech:

Taking risks is scary and it requires a lot of courage. It’s often the case that you have to make decisions based more on your gut feelings than logic or reason. This can be confusing for some, since you’ve been taught from an early age that you have to follow reason in order to be ‘safe’ and to make it in our society. However, if you always play it safe you’ll never really unleash the greatness that lies within you. Wantrepreneurs won’t follow through with their ideas, because they get paralysed with fear when they think about all the things that can go wrong when they take the ‘jump’.

They get so upset about all the things that can go wrong, that they decide to wait for a better moment (see key 1) or that they won’t do anything with their ideas at all. In contrast, entrepreneurs know the risks of failing very well and they’re scared too, but they decide to do it anyway. Why? Because they know that taking risks is part of the game and that it’s the only way to achieve huge accomplishments. They focus on all the things that can happen if it’ll work out. Like Einstein said; ‘’a ship is always safe at the shore –but that is not what it is built for.’’

Venturing out in business requires both planning and risk taking. That’s why it is important that you include risk management as part of your business plan. You can list down all the actions you can take as you deal with the unknown. An entrepreneur should always be open for revision and be prepared for all the risks possible to experience. 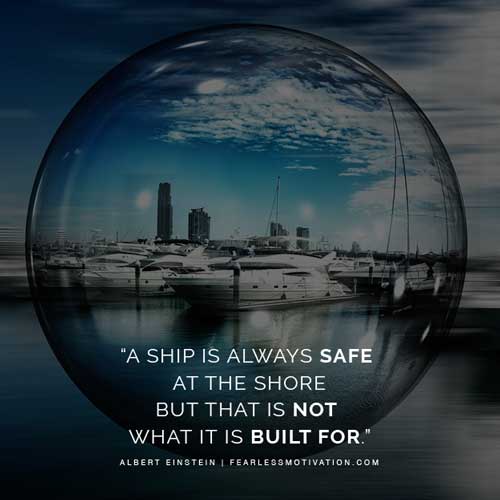 All wantrepreneurs have one thing in common: they can’t wait until their business becomes successful, so they can start living “the good life”. There is nothing wrong with this type of motivation, however to be truly successful in life you need to be fulfilled with what you are doing. Wantrepreneurs follow trends that tend to be successful so they can jump right in and take a piece of the cake. They don’t follow their passions or their strengths, they follow the success. Eventually when they don’t achieve the success they want fast enough, they’ll quit. But if they do succeed it usually doesn’t lead to fulfillment on a personal level, since they didn’t follow their passion. Entrepreneurs on the other hand do follow their passions, because that’s what makes them fulfilled and happy. They won’t jump into the next bubble just to make some quick cash before it bursts. They focus on their strengths and what they are ‘naturally’ inclined to. They know that if you’re consistent and put in the work in your passion you will be successful on a financial and a personal level.

A major point where a wantrepreneur falls short is having a clear vision. The wantrepreneur only thinks for the short-term. They are so focused on achieving success quickly they sometimes even tend to compromise their business plan and take a few dangerous shortcuts. Wantrepreneurs act rushed & want everything to happen ‘overnight’. However, what wantrepreneurs don’t seem to realize, but entrepreneurs do, is the following; what comes easy won’t last and what lasts won’t come easy. A true entrepreneur has a vision for what he or she wants to accomplish. The vision gets slowly achieved by setting goals. They know that there is no such thing as an ‘overnight success’ and they realize that in order to build business longevity, you need to have a strong foundation on which the business is built. Shortcuts might be helpful in the short-term, but in the long run they’ll compromise your results. Remember, Rome wasn’t built in one day.

There has never been a better time than RIGHT NOW to take that leap of faith and to make things happen. It’s time to put your ideas into actions.

Of course, there are still plenty of reasons you can think of on why you shouldn’t start a business. However, there is one major reason to start a business that that triumphs them all: it’s better to live a life of ‘oh wells’ than looking back thinking ‘what if’.