Why Setting Goals Can Make You Happier

We all want to live a carefree life. But whether we admit or not, we all live for a specific goal. It just so happens that some of us are aware of that goal, while the rest of us aren’t. But regardless, it’s buried deep within us.

Ever since the medieval times, tons of philosophies have emerged introducing various ways to explain the meaning of life. But they all point to one thing: attaining happiness. This leaves us with one question: how do we attain happiness? My simple answer is to keep on striving for happiness.

There are people who say that being wealthy and successful doesn’t lead to happiness. And they have a list of pretty lavish folks to support their claim. But let’s hear what psychology has to say about that:

According to Timothy A. Pychyl Ph. D, making progress on our goals makes us happier. He also said that the feeling of being happy has the potential to stimulate goal-directed behaviors and volitional processes, leading us to accomplish more of our goals.

Bruce Headey, on the other hand, says that goal attainment can have different effects on the level of happiness of a person depending on how much effort he puts in achieving that goal. He classified goals into two types: (1) non-zero goals (2) zero-sum goals.

Non-zero goals are those that provide great life satisfaction. Examples of this kind of goal are graduating from college, being promoted in your job, and buying your own house. Zero-sum goals, on the other hand, are the goals that are directed towards achieving material gain. Becoming a millionaire is a good example of this kind of goal.

Non-zero goals are essential to living a happy life. Zero-sum goals, on the other hand, can be quite detrimental since it puts too much emphasis on achieving what one wants, up to the point of stepping on the happiness of other people.

The thing is people are more aware of the one type of goals that can be destructive – the zero-sum goals. This is probably why there are people who prefer not to step out of their comfort zone. They think that setting goals for themselves would only lead to anxiety. 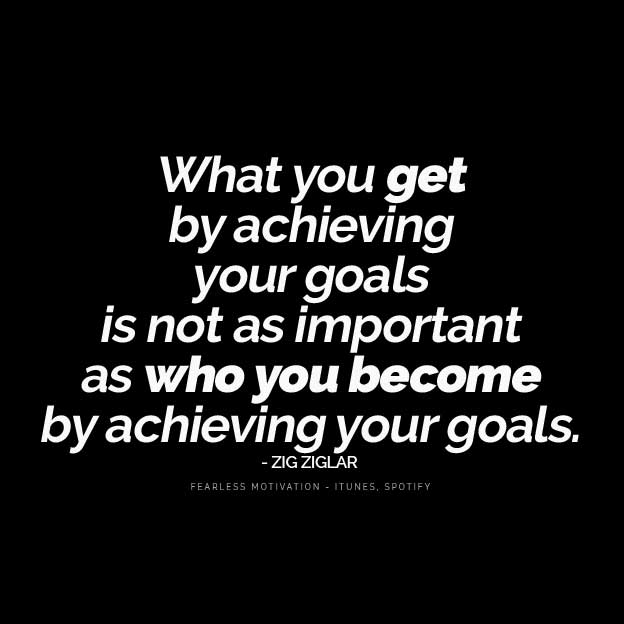 This kind of mentality leads them to becoming anxious and depressed, without knowing why. In the United States, there are tons of teenagers and young adults that reportedly commit suicide. What exactly comes into your mind when you hear of someone who just committed suicide? Someone just lost all the motivation to live, right? That being said, we now know how important motivation is in our lives, not only to be successful but also to live.

Even so, there are times when we feel that we lack motivation. I’m not saying that you can just prepare to die when experiencing these kinds of scenarios. All I’m saying is that there are simple ways we can bring it all back. Here are 5 mantras that’ll help you get back on your feet during unfortunate moments:

5 Quick Mantras that’ll give you the Motivation You Need:

Sometimes we put too much value on how others think of us. There are times when we need to be the ones to remind ourselves how much we matter. Learn to value yourself.

2.    Do you want to be a prisoner of the past or a pioneer of the future?

There isn’t a day that goes by that we don’t reflect on what happened to us the past year or the past month. This can be good in some ways. We get to think about our past mistakes, giving us the opportunity to be better in the future. But this isn’t the case, most of the time.

Here’s the usual scenario:
(1)You become so eager in your new job. You finally got yourself to get up from the bed and actually start working again
(2) in the middle of your work, a thought hits you. You remembered how you messed up the last time. You remembered how much cursing you received from your boss as he told you to pack your stuff
(3) you started to doubt yourself. Can I really do this? You start to ask yourself
(4) instead of doing a good job in your new work environment, you become less motivated due to the thought of what your workmates could possibly be saying about you right this moment.

Well, here’s my advice: instead of living in the past, you should look forward to the future.

3.    The most satisfying time to do the next step is now

In our head, we’ve probably become the CEO of one great company. But guess what? It’s all in our imagination. We have to get out there and achieve our goals because even if we happen to be as intelligent as Albert Einstein, we’d still end up with nothing.

We are addicted to doing things that other have people have already done. That’s because we doubt ourselves. We don’t think we can be better than other people. That mentality has to stop.

Take this as an example: you have an essay due for tomorrow. And since you never really had a knack for writing, you assume that you’ll never get it done. As a result, you decided to copy and paste an already existing essay from the internet. Now, what do you think happened next? The next thing you know, you’re already sitting in the principal’s office, waiting to be expelled or suspended at the very least.

5.    It’s okay to make mistakes. It only makes you wiser

We fear failure. That being said, we also fear to commit mistakes. It’s one the reasons why most people prefer to stay in their comfort zones.

You need to get rid of this kind of mentality since it will only dig you in deeper to failure. When you come to a certain age, you’ll then wonder why your life was filled with regrets.

To sum it up, self-motivation is just a matter of shrugging off the feeling that you aren’t good enough. Focus on what you want to attain in life, whether it be big or small, give it all you can, and don’t cheat your way to attaining it, less all your effort will be for nothing.

Share this article with a friend: Why Setting Goals Can Make You Happier – using the social media links below