5 Reasons You Need To Fail To Achieve Anything Big

Success is great but if you want to grow, examine your failures.

Rejection is a tough thing to digest. Nevertheless, it always leaves a trail of important lessons that can move you closer to your goals.

Here are seven important reasons you need to fail to realize your dreams:

1. You get more courage

In schools or in the corporate world, people often see failure as embarrassing. But once you taste failure, you learn that it only points you in the right direction and helps you move closer to success. This is one of the biggest reasons you need to fail.

Steve Jobs was fired out of his own company, Bill Gates’ first startup Traf-o-Data failed miserably. J.K. Rowling had no job and no healthy relationships before her novel came out.

Albert Einstein’s father died believing that his son was a failure as Einstein was expelled from school and denied admission in Zurich Polytechnic School.

Abraham Lincoln fought clinical depression all his life and failed in business. Michael Jordan has missed 9000 shots in his career and lost on game-winning shots 26 times. All these examples only prove that failure doesn’t mean your story has come to an end. 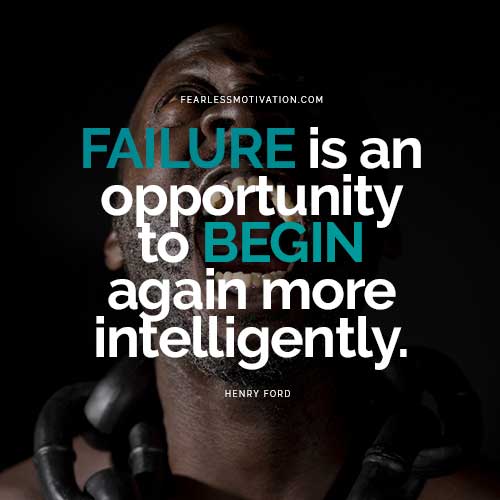 The truth is that you never learn from your success. You only learn from your failures. Success makes people happy and even arrogant. But only when people fail do they realize what they have been doing wrong.

Cal Newport, a bestselling author, says that to succeed in any field you need deliberate practice. That is, you need to focus all your energy on improving a specific skill and adjust your direction with regular feedback. And failure provides immediate feedback.

Failure often gives you experiences that you cherish throughout your life.

For example, Nick Woodman, a billionaire and founder of GoPro, recalls that his depressive phase after failing in his first business was the most important period of his life. This is clearly one of the biggest reasons you need to fail.

This is due to depression, he planned a five-month surfing trip around Australia and Indonesia. During this trip, he invented the GoPro camera straight out of his van so that people could capture their personal experiences.

This perfectly aligns with what Brene Brown, a research professor says. According to her, “Vulnerability is the birthplace of creativity and innovation. And there is something very vulnerable about trying something new”. So if you feel vulnerable to failures, remember you also are the most creative during that period.

As stated earlier, it is during our vulnerable moments that we become the most creative. When we fail, we are required to change our actions so that we can win. We need to think out of the box.

As Osho said, “Creativity is the greatest rebellion in existence”.

So if you have failed miserably, understand that it may be the luckiest time of your life. Because you have a chance to use your creative energy and bring your dreams to life. 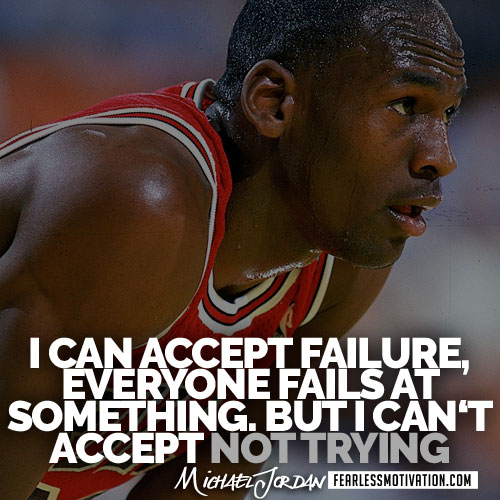 5. You learn to work hard

To achieve your goals, you must take consistent action. After facing failure, people often work twice as hard to make sure they win the next time. That’s why this is one of the most important reasons you need to fail.

This is an important lesson that failure teaches us. Work hard. You may think that successful people are lucky. But if you look closer, you will find that many of them worked 80 plus hours every week.

Marissa Mayer, CEO of Yahoo, worked 130 hours each week and even worked from the hospital bed after delivering two babies.

These five reasons are why you need to fail big to achieve big.

Got your own story about failure? We’d love to hear in the comments!