During a commencement speech at Dillard University, Denzel Washington recalled how a random woman’s comment in 1975, inspired his success.

Denzel Washington was flunking out of college, with no idea what he was going to do with his life. When one day while sitting in his mother’s beauty parlor, a random lady in the salon sitting under a hair dryer cried out for a pen, because a prophecy, a vision for the future had overcome her.

She told Denzel, “Boy, you are going to travel the world and speak to millions of people.” Denzel was perplexed, he was flunking out of college and his life was directionless.

No one in the salon that day believed that Denzel would go on to become one of the most recognisable faces in the world.

It wasn’t all plain sailing for Denzel Washington, along the way he learned that if you aren’t prepared to dream big and fail big you will never achieve your version of success.

I was flunking out of college, I had a 1.7 grade point average, I hope non of you can relate.

I had a 1.7 grade point average, I was sitting in my mother’s beauty shop, they still call it beauty shop now?

I didn’t know who she was, she said “Somebody get me a pen, get me a pencil, I have a prophecy.”

Well, I have travelled the world and I have spoke to millions of people.

You only live once, so do what you feel passionate about, take chances, professionally don’t be afraid to fail.

There’s an old IQ test that was nine dots and you had to draw five lines with a pencil within these nine dots without lifting the pencil. The only way to do it, was to go outside the box. 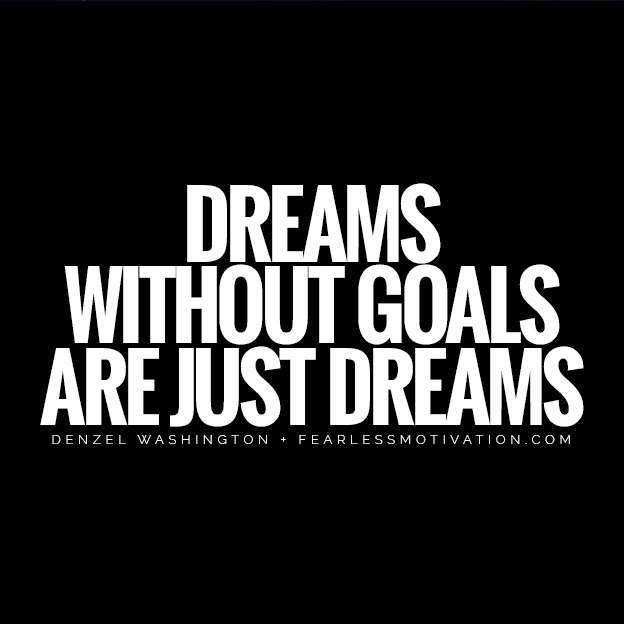 Don’t be afraid to fail big, to dream big. But remember, dreams, without goals are just dreams.

Continue to strive, continue to have goals, continue to progress and anything you want good, you can have. Claim it, work hard to get it, when you get it reach back, pull someone else up. Each one teach one.