Failure only exists in the world of quitters.

There’s No Such Thing As Failure – Motivational Video

There’s No Such Thing As Failure – Motivational Video by Fearless Motivation – WATCH FREE:

When time is up, when the buzzer sounds, you’re either a winner or a loser. You can’t change the score. Your dream has no clock.   You try, and try again until you succeed.

You decide if a failure is the end of your dream, and you also decide if you keep going. You see, there really isn’t such a thing as failure. There’s only your choice to quit or keep going.

If you keep going, you haven’t failed, it’s just a prolonged victory. A better story. 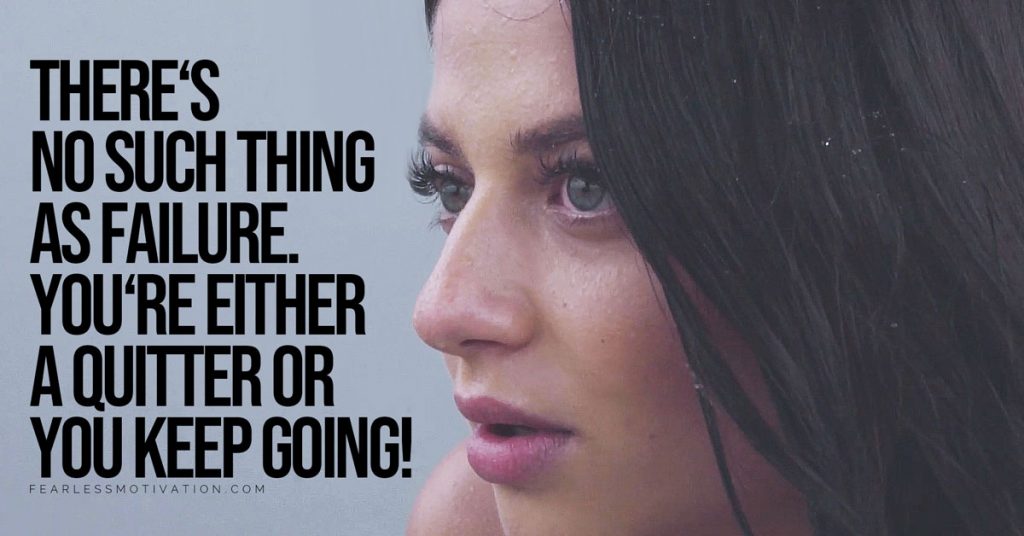 If you run out of money… find a way to get more… and put it to better use this time. Do not accept failure. Ever. You’re better than that.

DECIDE TO FIND A WAY. DECIDE TO KEEP GOING. REFUSE TO ACCEPT FAILURE IN YOUR LIFE. The only thing that can stop you from reaching that dream is death.

If the plan doesn’t work, change the plan, but not the GOAL.     Stay focused on what you want. It doesn’t matter how you get there, it doesn’t matter which path you take… Just make sure you take one that gets to your goal!

Everything you are going through is preparing you for what you’ve asked for.     YOU ASKED FOR CHARACTER and you’re developing a great one.     KEEP GOING and get your rewards.

KEEP GOING and show the world your character.

You’re never going to be in the middle of a failure and think : “OH GREAT, FAILURE – What a great lesson”  It sucks failing.  NO ONE loves failing while they are in the middle of it. But, if you’re mentally strong, you will think to yourself:  “THIS WILL NOT STOP ME!”

There will be a place deep inside that knows, THIS IS NOT THE END OF THE STORY.

You don’t have to enjoy failure, just don’t let it stop you! 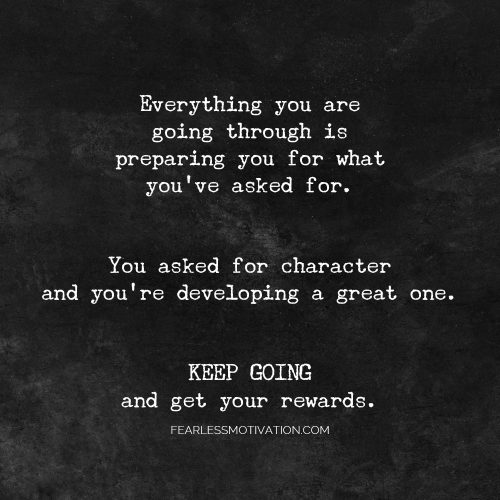 Share Your thoughts on: There’s No Such Thing As Failure – You Either Quit or You Keep Going