Most of us grumble and groan when we get stuck viewing a TV advertisement. But once in a generation one comes along that not only gets our attention; it shapes our destiny..

Over the years there have been many classics that make us laugh, cry, and ponder life a little more deeply. These two timeless tour de forces take it one step farther. They help us contemplate the vastly important role we play in shaping our own success. Enjoy these flashback broadcasts that teach us exactly how to step forward in life….

Twenty-one years ago Apple was in trouble and headed towards failed obscurity.

What changed in those 12 months?

It was 1997. Co-founder Steve Jobs had been back at the company for just one year after having been ousted 12 years prior due to poor sales of his Macintosh concept. Now he was interim CEO of a company that was experiencing declining profits and a reputation for making fun artistic toys rather than top-tier business technology. He made a decision: he was going to change everything, the face of the company’s public persona from the ground up.

The outcome of that decision was this anti-establishment masterpiece:

According to the creative director at the agency who designed the advertisement, Jobs initially liked ‘The Crazy Ones’ pitch. Yet he was afraid that his reputation as an egotist might get him “skewered by the press” if he equated Apple with geniuses such as Martin Luther King Jr. and Ghandi. Then Jobs checked himself, saying two words that sent Apple soaring into the history books as the worldwide leader of consumer electronics and media sales:

You see, Jobs decided to forge ahead with this legendary advertisement because he’d already learned two valuable life lessons from his early years as an entrepreneurial thought leader:

He’d discovered the value of following his own instincts, rather than giving his power over to naysayers who had no stake in the outcome.

He’d learned to embrace his own unique style, and used that self-love to help the company he’d co-founded soar to unsurpassed heights.

This one commercial went on to generate such enormous buzz that it allowed for the historic and groundbreaking successful launch of the Apple iMacs in 1998.

“Here’s to the crazy ones. The misfits. The rebels. The troublemakers. The ones who see things differently. While some may see them as ‘the crazy ones’, we see genius. Because the people who are crazy enough to think they can change the world – are the ones who do.” 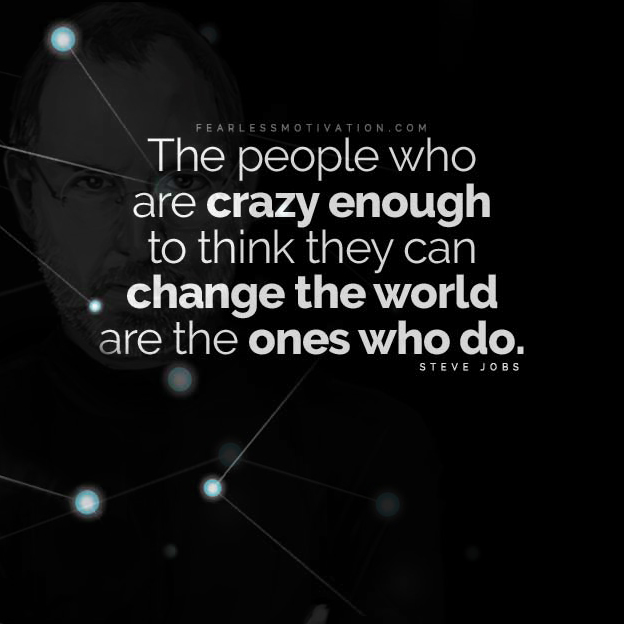 Nike and ‘Air’ Jordan have an iconic relationship that dates back to 1984 when the sport’s legend laced up a pair of black and red Airships during his rookie preseason. MJ was told in no uncertain terms by the NBA to lose his revolutionary style and conform to his team’s color scheme, as per the rules.

The ‘Banned’ commercial that resulted was a bold move by Jordan, who hadn’t yet shown the world just how it’s done.

His audacity struck many at the time as being overly arrogant, but nearly 25 years later another collaborative project took place between the retail giant and the free throw genius which revealed the secret behind Jordan’s unshakable certainty so many years ago.

As this enlightening advertisement reveals, it was Jordan’s self-confidence and not his arrogance that instigated his decision to stand his ground against the world’s most powerful professional basketball organization. Here’s what we came to understand about this Master Life Manifestor:

Back in 1984 he already knew that his future success was ensured because he’d done the gritty, humbling, limit-pushing hard work that is a requirement of triumph. Every single day.

He’d experienced a life full of failures born from his attitude of risk-taking, and so had learned firsthand that these losses are simply signposts to future successes.

You see, Michael Jordan spent his early years not taking ‘no’ for an answer. That’s why he didn’t even blink when NBA commissioner David Stern declared his sneakers forbidden. He took that rejection, turned it around to made Nike and himself immense profits – and got some new shoes in the process.

With the October release of the Air Jordan XXXIII, it’s good to look back and celebrate Michael Jordan’s prowess both on and off the court. This illuminating quote reveals the true tale of just how champions are made: