Tim Ferriss is a well-known American entrepreneur, investor, author, and public speaker. He is most known for his ultra-popular books. Tim is a man who appeared on top of the best-seller lists of USA Today, New York Times, Wall Street Journal and many others.

His brand and his teachings are mostly based on his first book: “The 4-Hour Workweek”. This bestseller stayed on top of the charts for a long time, and it is cited countless times across the web, television, and other types of media. Tim is a multi-talented, incredibly smart entrepreneur, working on his projects and collaborating with brands such as Facebook, Uber, and Evernote. He has an incredibly popular podcast, TV series, two more ultra-successful books, and a website which attracts multi-million visits per month. 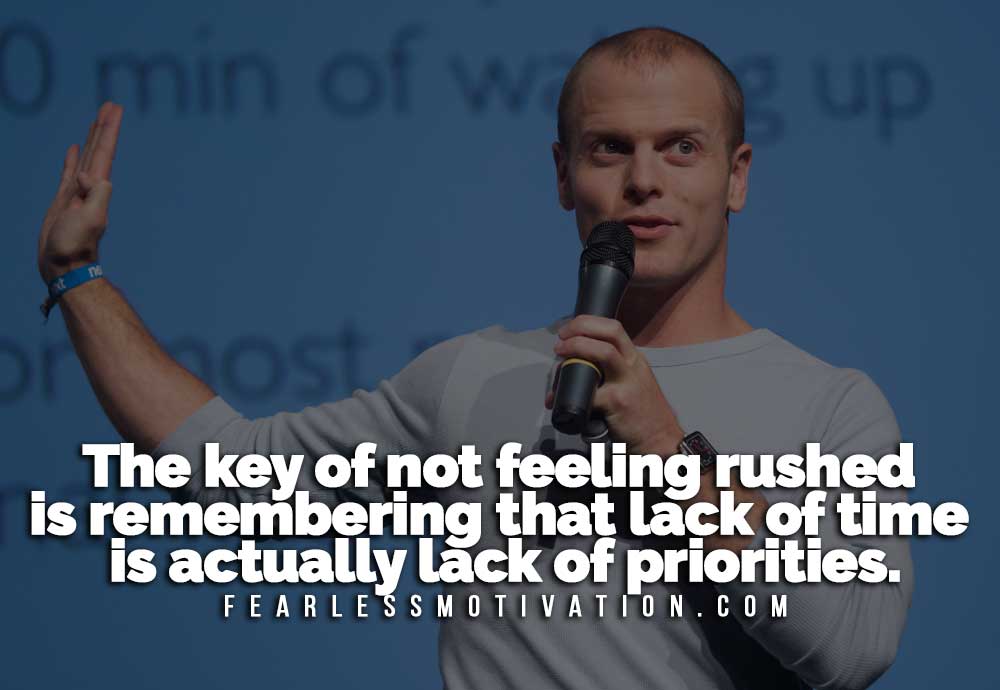 Tim is a perfect example of a successful person who got out of the rat race, reached for the stars, and made it. He was stuck in the corporate life, working from 9 to 5, just to realize that he’s getting nowhere. (Being stuck in the job you don’t like, for a lousy pay – sounds familiar?)

Tim manages to succeed no matter what problem or question he tackles. Speaking multiple languages, mastering dozens of skills in record time (deconstructed and presented on his TV show) all stand in Tim’s biography. He is a person who looks to solve problems in a unique way, and a person who never backs down in front of a problem. Since young age (Tim was born in 1977), he was a fighter, a critical thinker, and an adaptive genius. Lifestyle design is his passion, and besides a bestseller in business and self-help industry, his fitness book, 4-Hour Body had the same success. (in this book, Tim deconstructed the perfect way to gain muscle, lose fat, and become a better version of yourself)

Tim Ferris held numerous motivational speeches, alongside having dozens of very successful projects in his life. He is a remarkable person; his thinking and his quotes will the way your think, and the way you live your life.

1. “Think big, and don’t listen to people who tell you it can’t be done. Life is too short to think small.” – Tim Ferriss Quotes

2. “What we fear doing most is usually what we most need to do.” – Tim Ferriss Quotes 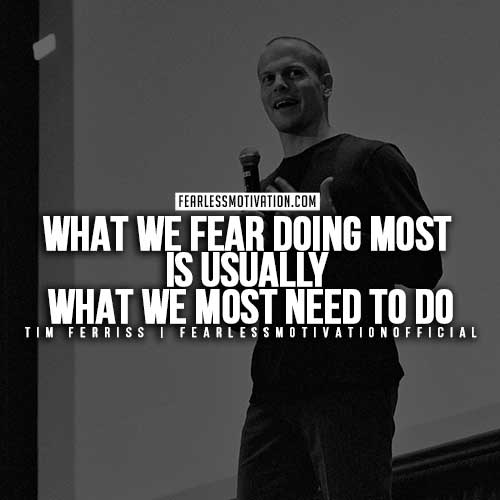 3. “You need to know what your unique strengths are and be willing to delegate.” – Tim Ferriss Quotes 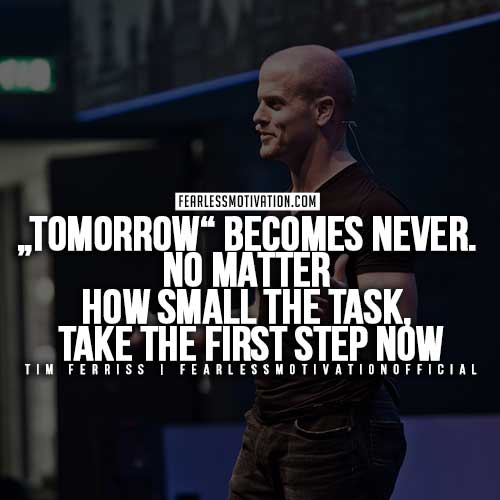 5. “Don’t follow a model that doesn’t work. If the recipe sucks, it doesn’t matter how good a cook you are.” – Tim Ferriss Quotes

6. “Focus on being productive instead of being busy.” – Tim Ferriss Quotes 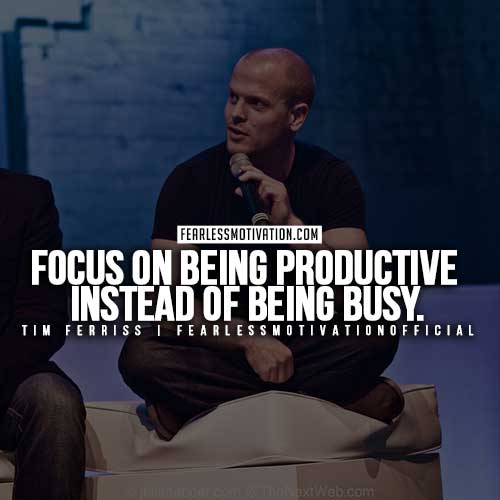 8. ““Someday“ is a disease that will take your dreams to the grave with you.” – Tim Ferriss Quotes 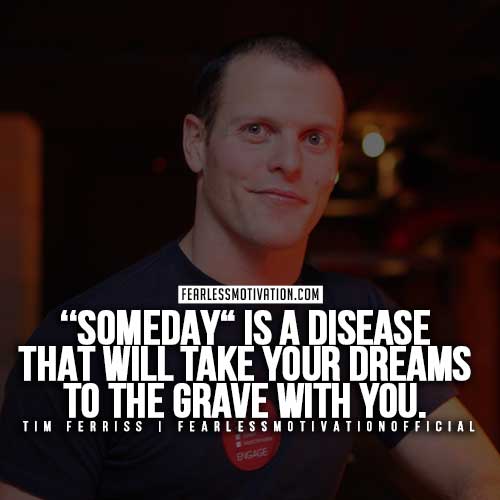 9. “The bottom line is that you only have the rights you fight for.” – Tim Ferriss Quotes

10. “Being able to quit things that don’t work is integral to being a winner.” – Tim Ferriss Quotes 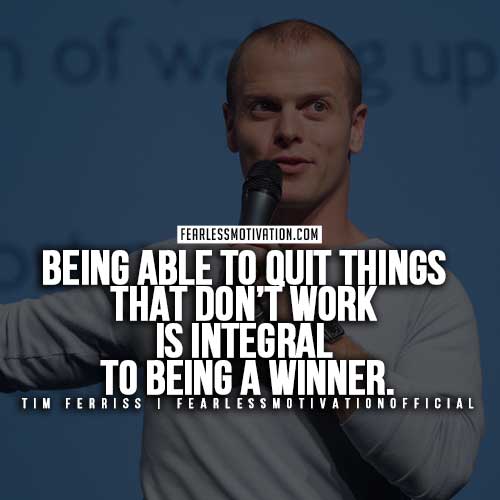 11. “Most people are fast to stop you before you get started, but hesitate to get in the way if you’re moving.” – Tim Ferriss Quotes