Zlatan Ibrahimovic is a man not short on confidence. A lot of what he says to the media after games and in press conferences is tongue in cheek, but underneath the humour lies a powerful message. To be a champion you have to believe that you are the best, or believe you will be.

Do you think champions turn up to the gym and say “I can’t be bothered today”?, do you think millionaire salespeople say “I won’t make this sale today” before each interaction with a client? Did Steve Jobs said “The iPhone won’t be the best phone on the market”? NO of course not.

You answer like it’s so obvious. But too many times we let the doubt creep in, like the ultimate sports-car our psyche’s must be maintained, fine tuned, refuelled, and sometimes completely rebuilt for PEAK performance. So next time an inkling of doubt creeps in slam your fist on the desk and say NO. I am a champion.

“I do not need a trophy to tell me I am the best.”

“The older I get, the better I get. like red wine.”

“Anything that happens in your life was meant to happen. It is your destiny. It was my destiny to have the life I have now, and I can’t have any regrets.”

“I think I am difficult to satisfy, because when I win something, I’m already thinking about the next step, and that is maybe a problem for me. I’m not enjoying the moment. I’m already on the mission to win the next trophy.” 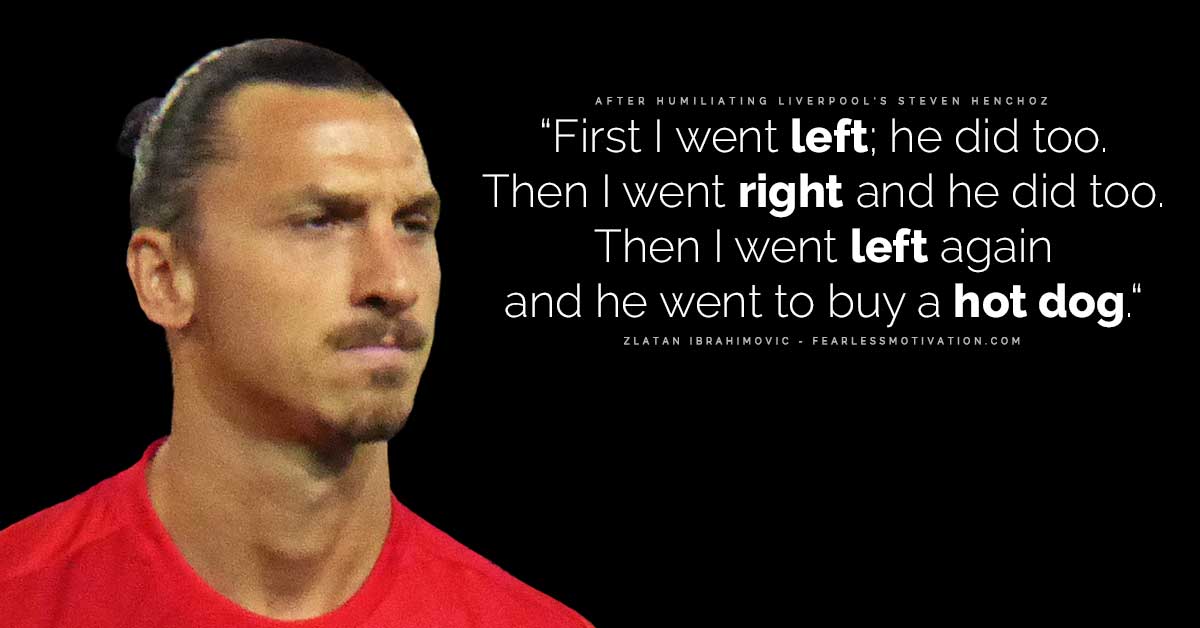 “Nothing is written in stone, as a career is an unpredictable journey.”

“I can’t help but laugh at how perfect I am.”

“When people criticize me, instead of putting my head down, it gives me energy to do even more.”

– On his ex-girlfriend’s engagement gift.

“We are looking for an apartment; if we do not find anything, then we will buy a hotel.”

“Give them a bicycle with my autograph and that will be enough.”

“What [John] Carew does with a football, I can do with an orange.”

“I decide my future. I decide what I want to do. Nobody else.” 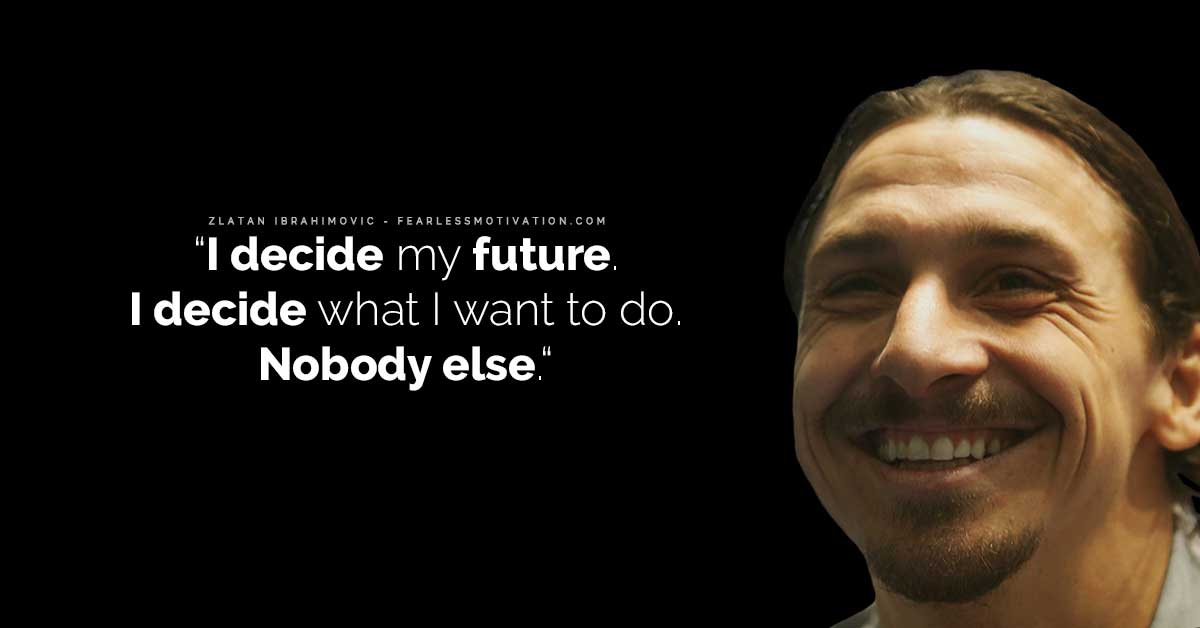 “I can play in the eleven positions because a good player can play anywhere.”

“It’s true I don’t know much about the players here, but they definitely know who I am.”

“I have a big heart.” – Zlatan Ibrahimovic

Zlatan: “Only God knows who will go through.”
Reporter: “It’s hard to ask him.”
Zlatan: “You’re talking to him.

“When you buy me, you are buying a Ferrari”

“Absolutely not. I have ordered a plane. It is much faster.”

-When asked if he had purchased a Porsche

“I always want to become better. If never being satisfied is a problem, then I have it.” – Zlatan Ibrahimovic

“I like fireworks too, but I set them off in gardens or in kebab stands. I never set fire to my own house.”

“I didn’t injure you on purpose and you know that. If you accuse me again I’ll break both your legs, and that time it will be on purpose.”

“Onyewu resembled a heavyweight boxer. He was nearly 6-foot-5 and weighed over 15 stone, but he couldn’t handle me.”

“Who needs a nickname? To be afraid of me, just watch me play”

– After being told Radamel Falcao’s, was nicknamed “The Tiger.”

“Guardiola was staring at me and I lost it. I thought ‘there is my enemy, scratching his bald head!’. I yelled to him: ‘You have no balls”

“Some things is made by destiny, yes, other things by hard work, but quality you don’t learn. Quality you are born with.”

“If you are too nice, you will just get eaten alive.” – Zlatan Ibrahimovic

“We usually say that you cannot become a legend before death. But I am a living legend”