Jordan Belfort is most commonly known as the “Wolf of Wall Street” based on his life as an unscrupulous Wall Street trader. His insatiable ambition saw him jailed for fraud for 22 months. He admits he did the wrong thing and has actively tried to change his life and inspire others to do the same. He is now a motivational speaker, best selling author and international sales trainer.

Jordan Belfort was born in the Bronx, New York City to Jewish parents, he gained a degree in biology and went on to enrol at the University of Maryland School of Dentistry. After the dean of the school said to Jordan on the first day “The golden age of dentistry is over. If you’re here simply to make a lot of money, you’re in the wrong place.” After hearing this Jordan walked out of the class never to return. 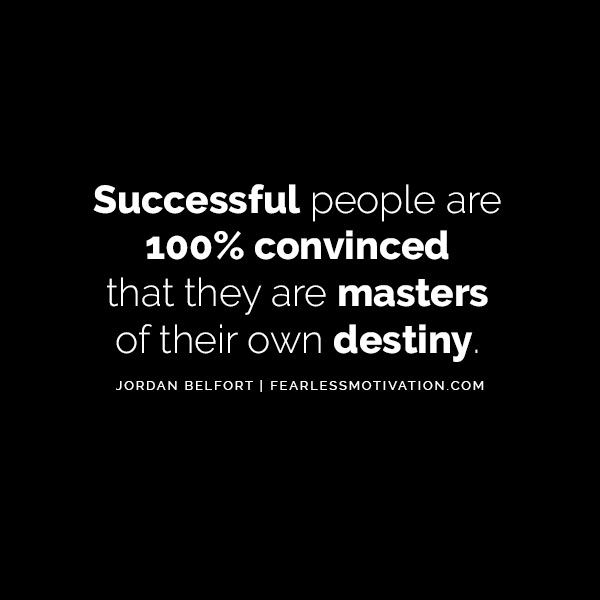 Jordan Belfort put all of his energy towards other business opportunities, namely door-to-door meat and seafood sales. The venture ultimately failed, it was then that Jordan became a trainee stockbroker where he was initially laid off from L.F. Rothschild, after financial constraints resulting from the Black Monday crash.

Despite the setbacks Jordan Belfort did not give up, in fact he only became more determined. He founded Stratton Oakmont as a franchise of Stratton Securities and after making a fortune owing to his incredible salesmanship, Jordan bought out the original founder. Stratton Oakmont functioned as a boiler room which marketed penny stocks and defrauded investors with the “pump and dump” type of stock sales.

During his time at Stratton Oakmont, Jordan lead a lavish life of extremes. Developing an addiction to Quaalude’s, throwing huge parties and divorcing his wife. After defrauding investors of around $200 million, the party came to a crashing halt when Jordan was jailed for securities fraud & money laundering.

“I got greedy…. Greed is not good. Ambition is good, passion is good. Passion prospers. My goal is to give more than I get, that’s a sustainable form of success.”

If you need some motivation to turn your life around use these Jordan Belfort quotes to take action today.

“The only thing standing between you and your goal is the bullshit story you keep telling yourself as to why you can’t achieve it.” – Jordan Belfort – Real Wolf of Wall Street Quotes

The story we tell ourselves can ruin our chances for success in the future. You’ll never live a prosperous and successful life if you keep telling yourself a negative story.

If you feel like you are being held back from something on the inside, identify the limiting belief and ask yourself if it matters? Chances are it does not. Make a new story of your future success and move forward with unshakeable belief. 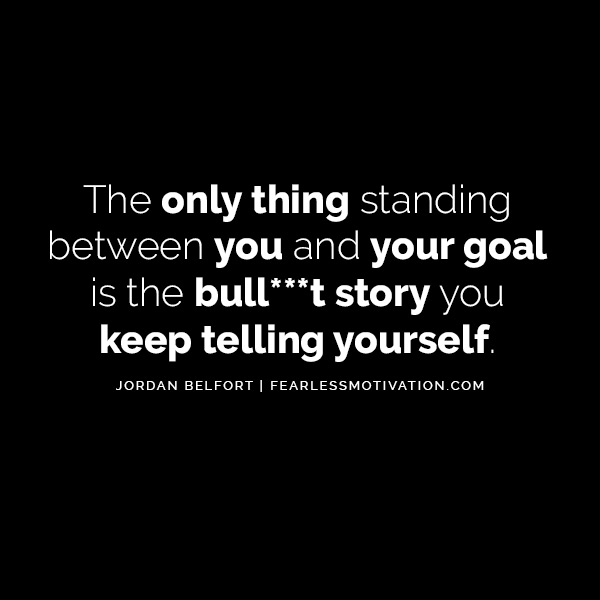 “Winners use words that say ‘must’ and ‘will’.” – Jordan Belfort Quotes – Real Wolf of Wall Street Quotes

Simply put, if you want to be a winner you need to speak confidence and success in your life. Take action immediately, live proactively and chase your goals aggressively.

Act as if is a very powerful principle in personal development. Choose to act as if you are already the future self that you want to become. While you might not be at the financial level yet, act successfully so that you become a self-fulfilling prophecy. Believe and you will achieve. 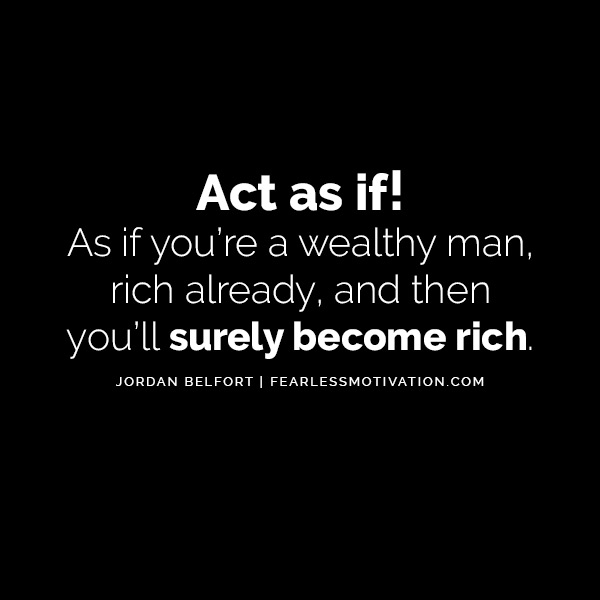 “Successful people are 100% convinced that they are masters of their own destiny, they’re not creatures of circumstance, they create the circumstance if the circumstances around them suck they change them.” – Jordan Belfort – Real Wolf of Wall Street Quotes

You need to take 100% accountability for every area of your life. If you hate your job make a plan and leave it. Or if you hate your peer group ditch them. You must be greedy enough to do what is right for you. Because no one else will do it for you.

You are the master of your own life. You decide who and what you want to be. Don’t let anyone else make that decision for you!

“If you give people a good enough ‘why’, they will always figure out the how.” – Jordan Belfort – Real Wolf of Wall Street Quotes

Always start by identifying your “why” not your “how.” Once you have a big enough why you can find a way to make any goal happen. As soon as you get momentum you can do anything!

“Everything that has happened to you up to this point is irrelevant. It’s your past.” – Jordan Belfort Quotes – Real Wolf of Wall Street Quotes

Don’t dwell on the past. Learn from it but move on quickly. You can’t take massive action moving forward if you are always looking backward.

“Dream stompers are people who want to stomp on your hopes and dreams. Lose their phone numbers.” – Jordan Belfort – Real Wolf of Wall Street Quotes

The people you spend time with have a significant impact on your future. If you want to achieve greatness avoid dream killers and find people who motivate and inspire you regularly.