In “Honor your Cocoon Time, Ray Lewis Inspired – Part 1”, a person’s cocoon time was defined as any time period someone is building themselves up and working towards something. Though Ray Lewis’s cocoon times had a level of adversity and grind, it was mostly the self-imposed kind necessary to achieve goals, glory, and greatness (GGG). The main challenge for him was not overcoming adversity; it was more about pushing himself to achieve GGG. Sometimes in life though, honoring your cocoon time is simply about not letting an adverse circumstance negatively disrupt your spirit and mentality.

This article explains how to battle through this type of cocoon time – a time defined by adversity. Honoring these experiences is less about action to get somewhere, and more about developing the mindset necessary to come out on top psychologically. One man who definitely came out on top of this battle is Austrian neurologist and psychiatrist Viktor Frankl (1905-1997), who survived through Nazi concentration camps for three years. Inspired by his thoughts from his book Man’s Search for Meaning, this article will delve into how to honor an adverse circumstance.

Adversity is a Joke 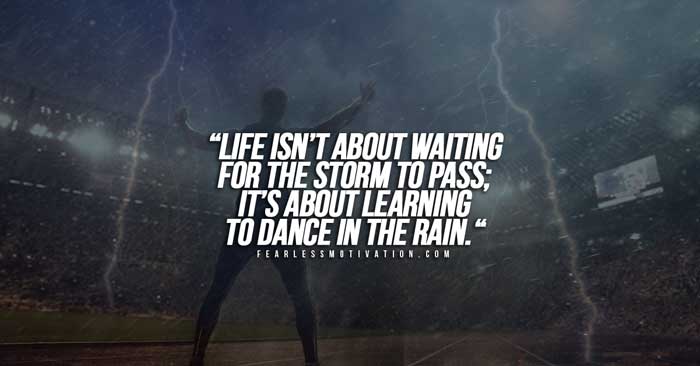 Viktor Frankl: “The attempt to develop a sense of humor and to see things in a humorous light is some kind of a trick learned while mastering the art of living”

Quote context – Upon arriving at a new concentration camp, Frankl was told by other prisoners that this relatively small camp had no “oven”, crematorium, or gas. So if a prisoner was to be killed, he would have to wait for a “sick convoy” to be transported to Auschwitz. Upon hearing this news, the prisoners were in a joyful mood and cracked jokes for hours.

After spilling milk or getting a paper cut on your finger, it can be a natural reaction to laugh or smile. Since you can’t change this adverse circumstance, you might as well take it in stride and not let it get you down. It’s easy for people to relate to those examples, but it seems when the adversity is stronger, the humor is gone. It shouldn’t be. In my part 1 article, Ray Lewis’s quote explaining his cocoon time started with, “I was smiling.” Having just realized he tore his triceps and had a long recovery ahead, the dude was smiling! Raise the adversity even more, and Viktor Frankl was laughing about the fact that if he would have to be killed, it would not be immediate since his camp had no gas chamber. Hilarious circumstances, right? No not really, but finding the humor in these instances put Lewis and Frankl in the right frame of minds to honor their cocoon times.

Attitude: Adopting an “it is what it is” mentality 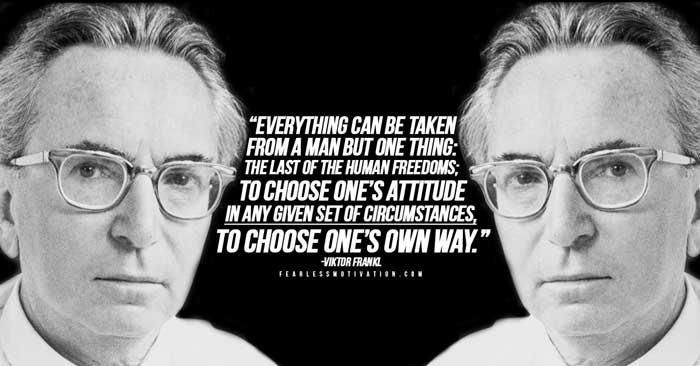 Viktor Frankl: “Once the meaning of suffering had been revealed to us, we refused to minimize or alleviate the camp’s tortures by ignoring them or harboring false illusions and entertaining artificial optimism. Suffering had become a task on which we did not want to turn our backs. We had realized its hidden opportunities for achievement, the opportunities which caused the poet Rilke to write, “Wie vie list aufzuleiden!” (How much suffering there is to get through!). Rilke spoke of “getting through suffering” as others would talk of “getting through work.”

Viktor Frankl: “Everything can be taken from a man but one thing: the last of the human freedoms – to choose one’s attitude in any given set of circumstances, to choose one’s own way.”

In the same way that people view work as a life requirement and just something to be gone through, adversity and suffering should be viewed the same way. It’s funny – “it is what it is” seems like such a simple quote. But as people live their life, it’s evident that they don’t honor that mentality or truly understand it. Too many people let what happens to them affect their attitude, not accepting their current reality. I know you’re not supposed to talk about yourself as a writer, but who’s stopping me? To make a long experience short, I went close to deaf for a week and was unsure if my hearing would return. However, I chose my own way during that specific week. I said to myself, “Whatever happens happens and I’ll deal with it the best I can.” Since I didn’t have control over the situation, there was no point in worrying or developing a negative attitude about it. I stayed in the present moment and took an “it is what it is” mentality – not having false optimism and not having false pessimism. It is that simple really; A person can always choose their attitude. 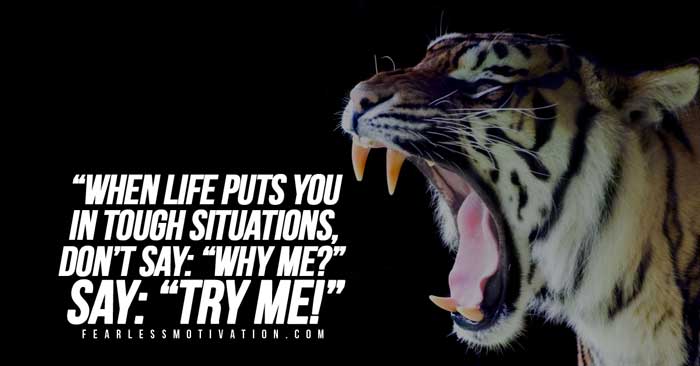 Feelings: Adopting an “it is what it is” mentality

From Man’s Search for Meaning, but originally stated by Edith Weisskopf-Joelson: “Our current mental-hygiene philosophy stresses the idea that people ought to be happy, that unhappiness is a symptom of maladjustment. Such a value system might be responsible for the fact that the burden of unavoidable unhappiness is increased by unhappiness about being unhappy. [We] are not only unhappy, but also ashamed of being unhappy.”

It is crucial to not misinterpret some of the thoughts in this article as insinuating it is “bad” to mourn and feel sad at times. People must learn to take an “it is what it is” mentality with emotions and natural feelings – which is a very different idea than taking the same mentality with one’s attitude. As explained in the quote above, people have to be non-judgmental with how they feel. People should strive to control their attitude and thoughts, while simultaneously accepting any feelings and emotions experienced. One’s attitude and thoughts come from the brain, but feelings and emotions are under tight security in the heart. The fight to control your attitude can be won, but the fight to control your feelings is too much of an uphill battle. And that’s ok; It is what it is.

Ray Lewis on his past adversity: “I never forget it. And if you never forget it, then your motivation never stops … Some people take certain things and they try to forget what that pain felt like. I don’t. I take that same pain and I chase it every time I walk in a weight room. Any time I feel like I don’t want to get up or whatever, it just clicks in.” (Source)

Ray Lewis on his edge: “A lot of my fire comes from a lot of my pain … Every time I go on the field, I reflect on someone that was very important in my life that is not here no more. So that’s kind of my extra edge that I take with me.” (Source) 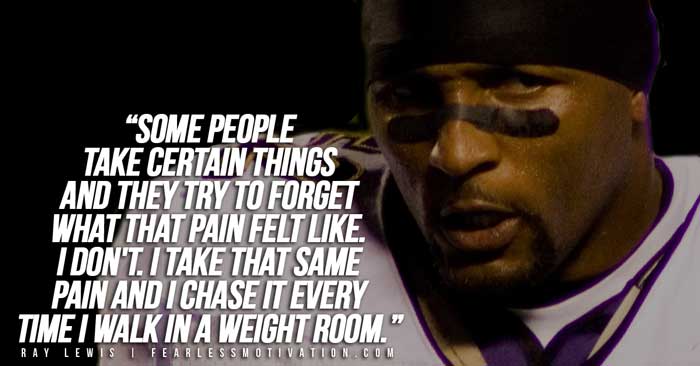 The process of honoring your cocoon time can be ongoing. Ray Lewis used his past adversity – his childhood poverty, growing up fatherless, the domestic abuse he endured, losing loved ones – as motivational fuel. He used his past cocoon times to push himself while in a present cocoon time to achieve GGG. Considering the severity of the adversity, and the type of person he is, it was beneficial for him to reflect on his past pain. Note that this strategy is not for everyone, meaning that I doubt Viktor Frankl was reminiscing his time in a concentration camp to motivate himself when he got out. When the adversity is that traumatic, it is generally best to move forward and try to forget the experience. Nevertheless, in some cases, reflecting on past cocoon times can be valuable to get through a current one.

Mahatma Gandhi once said, “Happiness is when what you think, what you say, and what you do are in harmony.” Those three things – actions, thoughts, and words – are what people have control over. As I explained in “Muhammad Ali Quotes Analysis – Proclaim your Greatness”, words can be valuable. However, their main value lies in influencing the greater duo of actions + thoughts. As emphasized in the part 1 article to this one, a commitment to your grind through action is most valuable when trying to achieve GGG. When your cocoon time is defined by an adverse circumstance, it is less about what you do and more about your mindset. I purposely referenced Ray Lewis and Viktor Frankl in both articles to hint that even across very different challenges, there are overlapping and consistent ideas. No matter what cocoon time version you find yourself in, your actions and thoughts must work in harmony to honor the experience most effectively. 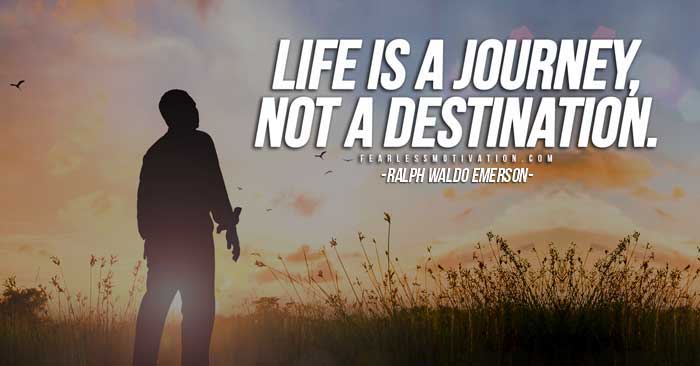 One way to look at it is your life is made up of a bunch of cocoon times, either to achieve GGG or to overcome adversity. Through this lens, people are constantly creating a cocoon, becoming a butterfly, and then creating a new cocoon to go into. Another way to look at it is throughout your lifetime, you are in one single cocoon. And you have to honor your cocoon time by working towards GGG, embracing the self-development process, and maintaining the proper attitude through adversity. Remember in my part 1 article when I explained that honoring your cocoon time is an achievement by itself, regardless if GGG is reached? A parallel to that idea is honoring your cocoon time here on earth is worthwhile, regardless if you turn into a “butterfly” after life. People have a duty to honor life, and dominate the cocoon times along the journey. …  I’ll let Viktor Frankl have the last word, lol

Viktor Frankl on life: “What was really needed was a fundamental change in our attitude toward life. We had to learn ourselves and, furthermore, we had to teach the despairing men, that it did not really matter what we expected from life, but rather what life expected from us. We needed to stop asking about the meaning of life, and instead to think of ourselves as those who were being questioned by life – daily and hourly. Our answer must consist, not in talk and meditation, but in right action and in right conduct. Life ultimately means taking the responsibility to find the right answer to its problems and to fulfill the tasks which it constantly sets for each individual.”