It is a known fact in life – that most of the things human beings refer to as “precious”, cannot be found on the surface of the earth. Gold, diamond, crude oil or black gold, are all located and taken from the depths of the earth. It takes deep digging (which has to go past the level of subterranean water), to reach the place of abundance where these precious items have been placed by the power that created them.

This concept of physically locating treasures in deep regions, also applies to our spiritual lives as well. Waiting on the surface, with respect to spiritual things, will not produce the precious and lasting things of life, which are within and outside the boundaries of this physical world. A shallow spiritual life or experience doesn’t produce much results which will really have firm roots in the otherworld. You have to dig to an appreciable depth in order to get a grip of real treasures. 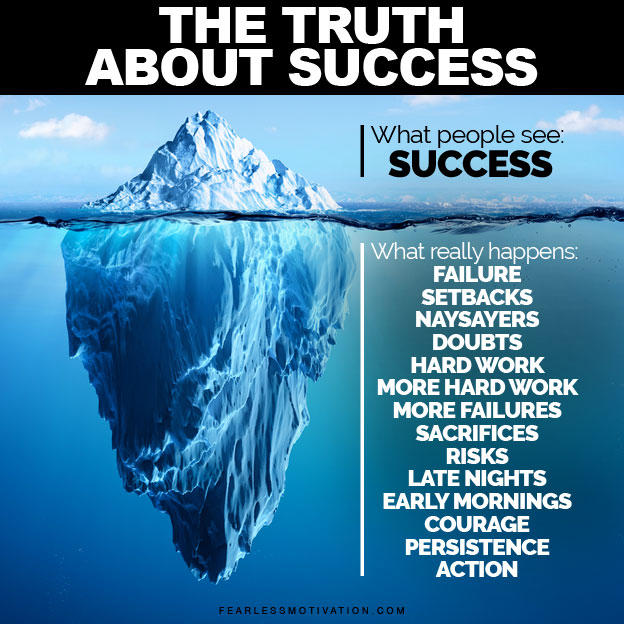 The Difference Between “the Surface” and “the Deep”: A call to Dig Deeper

Fear and many other forms of negativity usually occupy the surface of most people’s minds or spirit; but what lies beneath that surface of fear and negativity is a vast region of truth, love, power, mystery, uncommon knowledge and intelligence. The deeper (or deepest) part of our being, our spirit, is what I may refer to as “the inner world”, which is like a universe on its own. It keeps on expanding and expanding, depending on our own effort to continue digging deeper as we search and discover more, and more. This inner world, which is spiritual, is the household of the highest form of intelligence which any human being is capable entering into.

Unfortunately though, a lot of us get imprisoned on the surface; but there is something we can do to put aside this fear and negativity, and move deep down. And once we dig deeper, below all forms of negativity, we will find an abundance of knowledge and power that will make us distinguished among other people of our generation. This leads to a call for us to continually fight the inner fight of faith, which is a never-ending battle against fear and its allies. It has to be fought until you get to a level where fear will be naturally afraid of coming closer to the surface of your mind. You might not be able to conquer the battle in one day: it might even take years, but the end result of triumph will make you know that the battle was worth fighting. The apparel called “deep” or “deeper”, is right there – expecting you to come and discover it, wear it, and use it to move through any situation that life brings to you, either good or bad. Remember, it might take a lot of spiritual punches, dedication, belief and perseverance, but it is there for those who will make the effort to go for it. Always remember that – deep down – you are mentally, emotionally, physically and spiritually more powerful than you think; and you have some serious work to do in order to dig those attributes up, and out. So, reach for the deep.

The Lasting Effect of People, Who in Time Past, Lived a Deep Life

Hidden deep within the mysterious confines of the physical and spiritual life, are abundantly great treasures. It may require some deep digging in order to access them. If you study the lives of people who lived in the past, like Elijah, Buddha, Mahatma Gandhi, and others (too many to mention), you will observe that they all had one thing in common – and that thing was their “depth” in the things of the mind: the things of the spirit. Most of them were not born with miraculous or mysterious powers, but somewhere along their life, they acquired the type of knowledge and powers which are not normally given to humanity. No wonder, up till date, the written form of their works are a blessing to all the generations that came into existence after they left this world for the next one.

It’s a wise choice to make towards striving to reach spiritual depths. The good news is that whatever you are looking for is waiting for you in the deep recesses of your spirit. Everyone who became significant in life, had to be called from the surface into the depths of their minds or spirit. As an illustration, let’s refer to the tabernacle of ancient Israel which had three levels: the outer court (which we will call the surface), the inner court (a little bit deeper than the surface) and the holy of holies, or holiest place (the deepest part beneath the surface). The Levites and the rest of the common people stopped at the outer court. The priests went beyond the outer court, and into the inner court; but it was only the “high priests” who were capable of entering the holy of holies. In order for you to experience the mysterious part of life, you must make use of your mind and go far deep beneath its surface.

There is Enough Space for Everyone in “the Deep”

Going deep, is not a quality that belongs only to certain people: all of us can exhibit it, but there’s a limit people can go to (in terms of displaying uncommon knowledge and power), if they only play around the surface (shallow part) of their minds. If you make an effort to go deeper, until you get lost in the depths, you will find out that you will no longer miss your way around the world. Getting lost in the depths, is the only way ”not to” become lost in the crowd of common men: it’s the only way not to lose your true identity and destiny. As long as the biblical Peter remained on the surface of the sea looking for fish, he toiled all night and caught nothing. If you expect your “all night” effort(s) to be changed into “all day” exploits, then you need to go deeper than the surface. After Peter eventually got the breakthrough by going deeper, he had to ask his friends to help him hold the treasures of abundance he discovered, because they were too much for him to handle alone. If you want to locate treasures that you can’t handle alone, then you need to go beyond the surface. If you want to arrive at an enviable position in life, go beyond the surface and reach for the deep!