After losing his wife, the love of his life to cancer.

Rick Rigsby was ready to give up, merely existing day to day.

But then he remembered the lessons his father taught him years before.

Rigsby spoke about his late father, who despite being a third grade dropout, was regarded as the smartest person that Rigsby knew.

Dr. Rigsby guides us through the practical knowledge that his late father shared with him, which guided him through the most difficult times of his life.

The wisest person I ever met in my life, a third grade dropout.

Wisest and dropout in the same sentence is rather moronic, like jumbo shrimp.. like fun run, ain’t nothing fun about it.. like Microsoft works, ya’ll don’t hear me. I used to say like country music but I’ve lived in Texas so long I love country music now, I hunt, I fish, I have cowboy boots, ya’ll im a blackneck redneck. Do you hear what I’m saying to you? No longer oxymoronic for me to say country music. And it’s not oxymoronic for me to say third grade and dropout.

That third grade dropout, the wisest person I ever met in my life, who taught me to combine knowledge and wisdom to make an impact, was my father.

A simple cook. Wisest man I ever met in my life. Just a simple cook. Left school in the third grade to help out on the family farm but just because he left school doesn’t mean his education stopped.

Mark Twain once said, “I’ve never allowed my schooling to get in the way of my education.”

He literally challenged himself to be the best that he could all the days of his life. 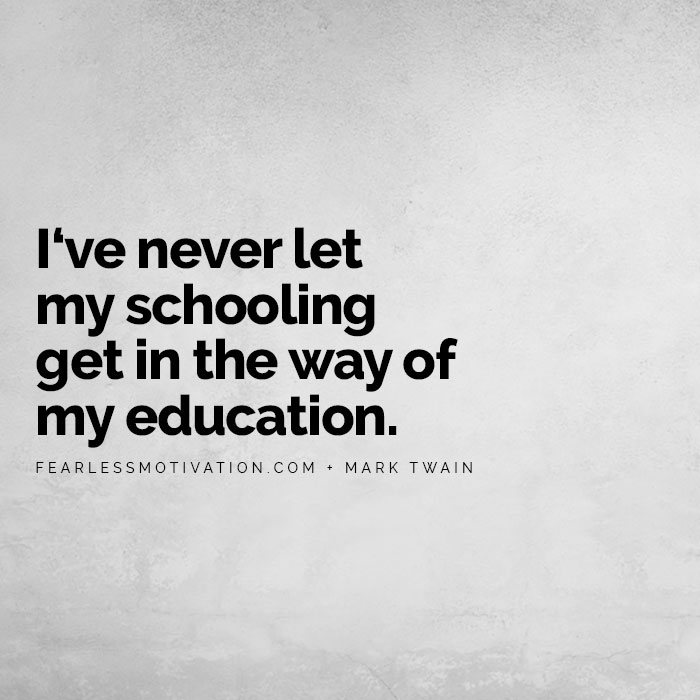 A country mother quoting Henry Ford, saying, “If you think you can or if you think you can’t, you’re right.” I learned that from a third grade dropout, simple lessons. Lessons like these. “Son, you’d rather be an hour early than a minute late.” We never knew what time it was at my house ’cause the clocks were always ahead. My mother said for nearly 30 years, my father left the house at 3:45 in the morning. One day she asked him, “Why, Daddy?”

He said, “Maybe one of my boys will catch me in the act of excellence.”

I want to share two things with you, Aristotle said, you are what you repeatedly do therefore excellence ought to be a habit not an act. Don’t ever forget that.

I know you’re tough but always remember to be kind. Always. Don’t ever forget that. Never embarrass momma. Yeah if momma ain’t happy, ain’t nobody happy. If daddy ain’t happy, don’t nobody care but you know..

Next lesson, lesson from a cook over there in the galley. Son, make sure your servant’s towel is bigger than your ego.

Ego is the anaesthesia that deadens the pain of stupidity. Ya’ll might have a relative in mind you want to send that to.

Let me say it again. Ego is the anaesthesia that deadens the pain of stupidity. Pride is the burden of a foolish person. 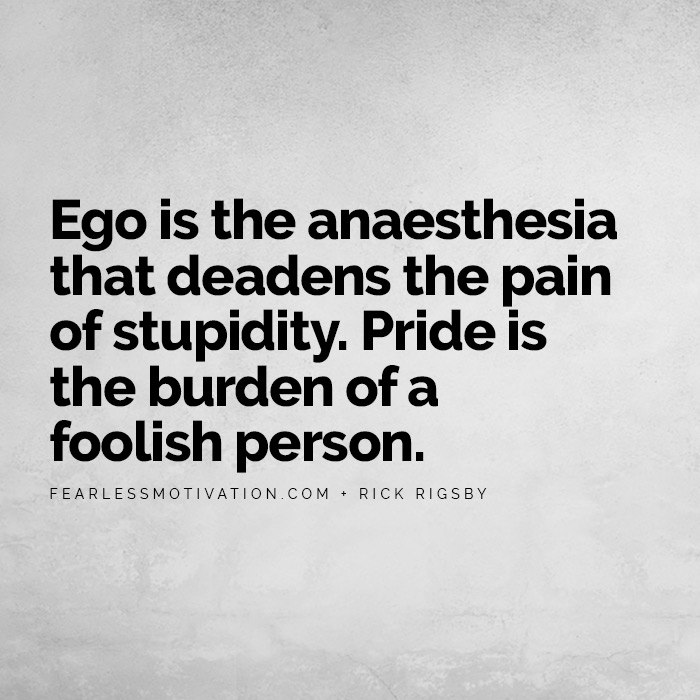 John Wooden coached basketball in UCLA for a living but his calling was to impact people. And with all those national championships, guess what he was found doing in the middle of the week? Going into the cupboard, grabbing a broom and swiping his own gym floor.

You want to make an impact? Find your broom.

Every day of your life, you find your broom. You grow your influence that way. That way you’re attracting people so that you can impact them.

Final lesson. “Son, you’re going to do a job, do it right.” I’ve always been told how average I can be. Always been criticized about being average but I want to tell you something. I stand here before you, before all of these people not listening to those words but telling myself every single day to shoot for the stars, to be the best that I can be. Good enough isn’t good enough if it can be better. And better isn’t good enough if it can be best.

Let me close with a very personal story that I think will bring all this into focus. 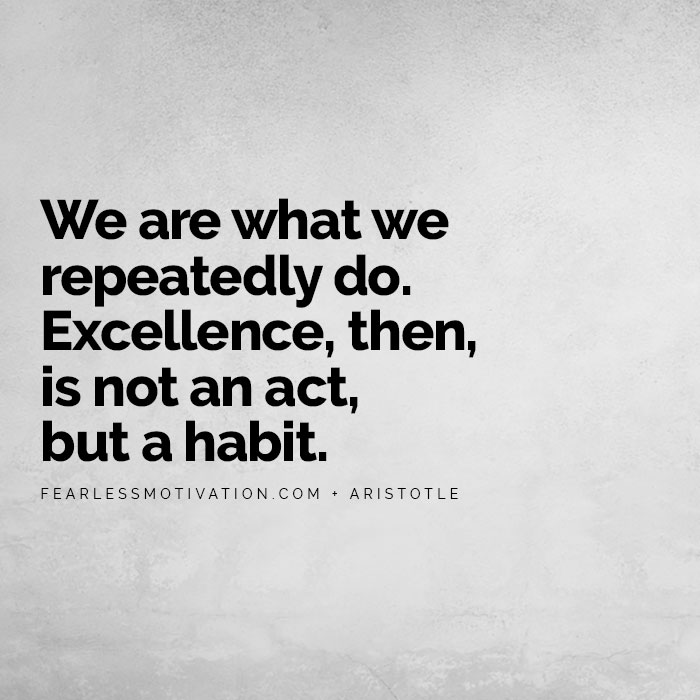 A person that gets up off the canvas and keeps growing, thats the person that will continue to grow their influence.

Back in the 70’s, to help me make this point, let me introduce you to someone. I met the finest woman I’d ever met in my life. Back in my day we’d have called her a brick house. This woman was the finest woman I’d ever seen in my life. There’s just one little problem. Back then ladies didn’t like big old line men. The blindside hadn’t come out yet.. They liked quarterback and running backs.

We’re at this dance and I find out her name is Trina Williams from Lompoc, California.

We were all dancing and we’re just excited and I decide in the middle of dancing with her that I would ask her for her phone number. She, Trina was the first one, Trina was the only woman in college who gave me her real telephone number. The next day we walked to Baskin and Robbins ice cream parlor. My friends couldn’t believe it. This has been 40 years ago and my friends still can’t believe it. We go on a second date and a third date and a fourth date. We drive from Chico to Vallejo so that she could meet my parents. My father meets her. My daddy, my hero, he meets her, pulls me to the side and says, “Is she psycho?” But anyway..

We go together for a year, two years, threee years, four years by now Trina’s a senior in college. I’m still a freshman but I’m working some things out. I’m so glad I graduated in four terms. Nixon, Ford, Carter, Reagan.

So now it’s time to propose. So I talked her girlfriends and it’s California, it’s the ’70s. It has to be outside, have to have a candle and you have to have, some chocolate. Listen, I’m from the hood. I had a bottle of Boone’s Farm wine. That’s what I had.

She said yes! That was the key. I married the most beautiful woman I’d ever seen in my life, ya’ll ever been to a wedding  and even before the wedding starts you hear this.. “How in the world?” And it was coming from my side of the family!

We get married, we have a few children. Our lives are great.

One day Trina finds a lump in her left breast. Breast cancer.

Six years after that diagnosis, me and my two little boys walked up to mommy’s casket and for two years my heart didn’t beat.

If it wasn’t for my faith in God, I wouldn’t be standing here today. If it wasn’t for those two little boys, there’s of been no reason for which to go on. I was completely lost. That was rock bottom.

We’re at the casket. I’d never seen my dad cry but this time I saw my dad cry.

It would be the last lesson he would ever teach me.

And I’m not talking about just water. “You keep standing. No matter what, you don’t give up.”

As clearly as I’m talking to you today, these were some of her last words to me. She looked me in the eye and she said, “It doesn’t matter to me any longer how long I live. What matters to me most, is how I live.”

I ask you all one question, a question that I was asked all my life by a third grade dropout. “How you livin’?” Every day ask yourself that question. How you livin’?

Here’s what a cook would suggest you to live, this way..

That you would not judge, that you would show up early, that you’d be kind, that you’d make sure that that servant’s towel is huge and used, that if you’re going to do something, you do it the right way.

That cook would tell you this, that it’s never wrong to do the right thing, that how you do anything is how you do everything.

And in that way you will grow your influence to make an impact.

In that way you will honor all those who have gone before you, who have invested in you.

Look in those unlikeliest places for wisdom. Enhance your life every day by seeking that wisdom and asking yourself every night.. “How am I living?”