The sunk cost fallacy is the tendency of people to continue an investment or an endeavor, if a resource such as time or money has been invested, even if giving up the initial investment or effort is a more strategically viable option.

The sunk cost fallacy is common in our lives from something as simple as a person letting unworn clothes clutter their closet just because they’re expensive, to people holding on to stock even after it has lost value.

According to psychologist Daniel Kahneman, the sunk cost fallacy is commonplace because “organisms that placed more urgency on avoiding losses over maximizing opportunities were more likely to pass on their genes.” Therefore the possibility of losses is a stronger motivator than the likelihood of gains.

Some everyday fallacies are:

In 1956, the Concorde project began intended to design a supersonic airliner. The last Concorde flight was in 2003 despite the project having run into prohibitive cost overruns as far back as 1976. The endeavor would later be known as the Anglo/French misadventure and would be renowned for the valuable business lesson it offers. In the same way, most individuals base the decision to keep the business running based on past investments even when the financial growth is uncertain.

In employment, most people stick to dead-end jobs as they don’t want to jettison the sunk costs in terms of raises, promotions, and offers. 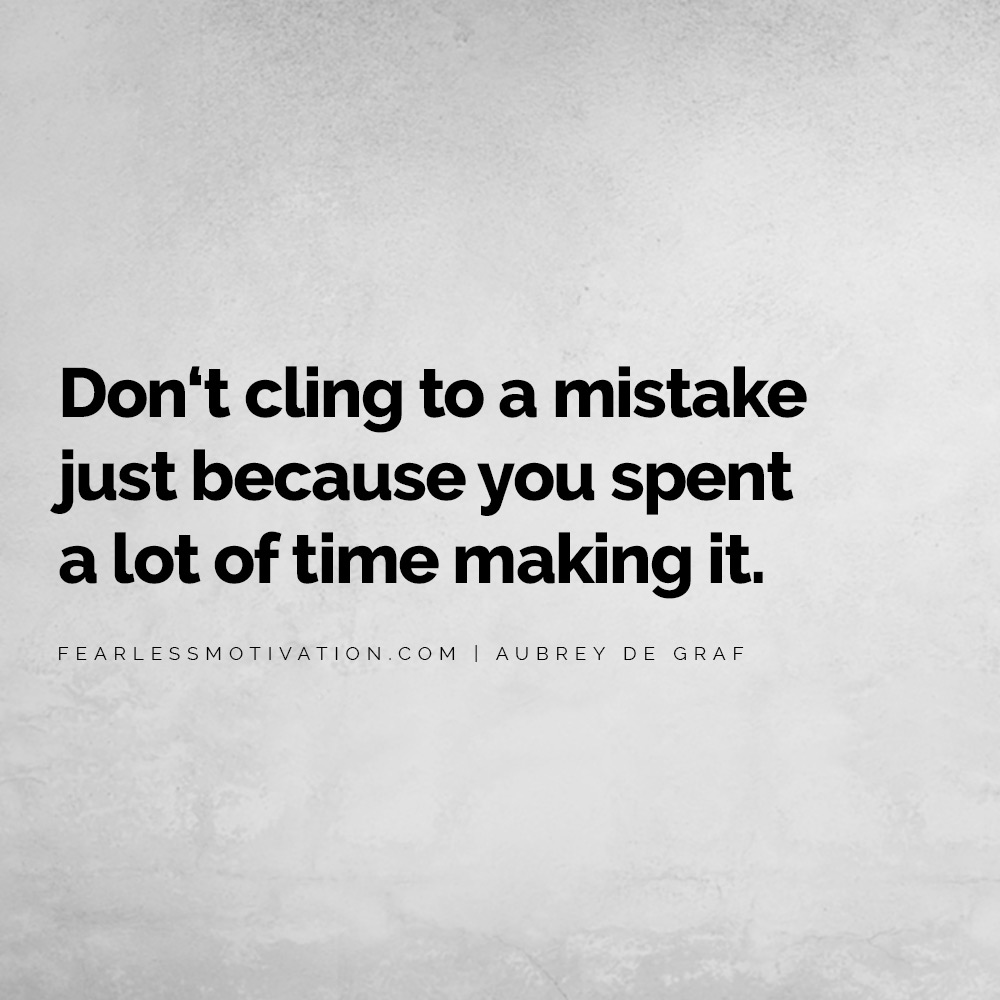 College students keep putting themselves into debt even when they are not making much headway in their degree. The argument is that they have to continue attending the “useless” classes as they have already paid and they don’t want their previous efforts going down the drain. This is despite the overwhelming evidence and massive student loan debt. Education is a powerful tool, but it must be used correctly.

A great example of standing by bad decisions as a sunk cost fallacy is cluttering your house with items you don’t need only because you spent money on them. Or you stick to complete a dreadful movie only because you spent money on tickets, or finishing an unpalatable meal. Sure, your money is gone but don’t allow it to bind you as you will only lose more.

As people grow older, most let go of their supernatural beliefs, but some cannot accept the loss of their religious investment. The clergy who have invested in theology are often predisposed to this but continue practicing despite inconsistent beliefs and overwhelming evidence against their ingrained teachings.

People sticking it out in toxic relationships and broken marriages are the best example of sunk cost mindset. Partners invest a lot of time, money, and emotions, and can’t see themselves with someone else. They also don’t want to leave despite being in a position to and thus further entrenching their position.

How to Overcome the Sunk Cost Fallacy

1. In business, always ask yourself if you have a fighting chance, or it’s just a chance to fight. If it is the former, then go on, but if it is the latter, it might be time to pull the plug. Also, don’t make decisions based on previous investment but the financial viability of the business going forward.

2. Recognize that time, money, or any resource cannot be recovered, and it does not obligate you to continue investing in the future.

3. Realize sometimes the best decision is to quit. Though most perceive this as admitting failure, it is a sensible response when the goal is no longer viable. Keep working, but shift your focus.

4. In the words of Kenny Rogers, learn when to hold them and when to fold them. It takes more strength to admit you were wrong, there is no shame in making the best decision for yourself.

5. Finally, get the facts. There are instances where you want to stick it out in business or a career or degree but analyze the facts. Then make a decision based on the realities and not hearsay.